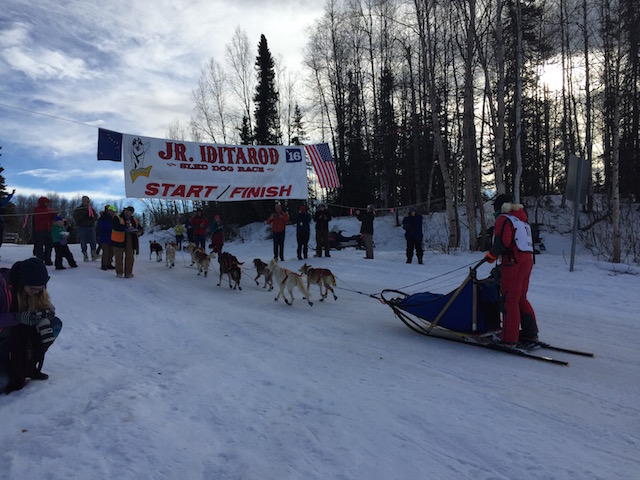 I had a taste of the trail this weekend as I headed out on my first Cessna plane ride to Yentna Station.  We camped overnight with the ten Jr. Iditarod mushers on their 150 miles quest.  It was a remarkable experience to see these young people travel with their dog teams and give them such love and care.

I started off my Jr. Iditarod adventure at the Willow start.  Race marshal Danny Seavey was there to check mandatory gear, booties were put on eager sled dogs, tow lines were laid out, and proud friends and family were on hand for reassurance and support. 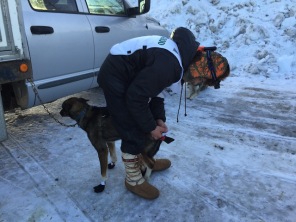 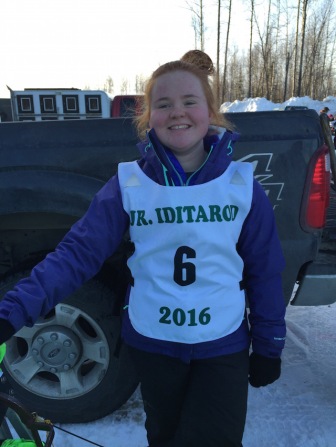 Next, I took my first plane ride with my friend, veteran Iditarod Air Force pilot Joe Pendergrass, and we were up in the air in no time!  He took us on a tour of the wild landscape of Alaska, pointing out the Denali range, frozen rivers, and tranquil, munching moose.  The adventure had officially begun!

Tex on the Trail!

Joe bringing us to Yentna

We landed at the beautiful Eagle Song checkpoint, a remote wilderness lodge and homestead.  Mike and Paula Williams open their beautiful home to the Jr. Iditarod volunteers and pilots who land right at their front door.  We toured their incredible peony farm, and I met Jr. Iditarod race judge, Emily Kroll, who was watching the GPS tracking for the teams. 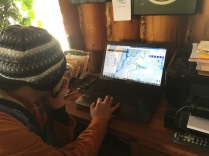 From there, Joe, Emily, and “Tex” and I flew to Yentna station, the halfway point of the 150 mile race and overnight stay for the Jr. mushers, their teams, and all the volunteers.  The Yentna Station Roadhouse is a famous Iditarod checkpoint.  It is a year-round lodge owned and operated by Dan and Jean Gabryszak and their family.  It was the most unique experience I have ever had in my life!  Great people, wonderful hospitality, and the excitement of the mushers headed our way…it was all finally happening!

As the Jr. mushers pulled in, their times were carefully recorded, and they were led into the Yentna forest where their teams could rest in long lines.  They immediately started working to take care of their dogs; laying out straw, taking off booties, setting up cookers.  It was all about the dogs.  What struck me the most was the fact that these young people did it all themselves!

A Jr. musher signing in 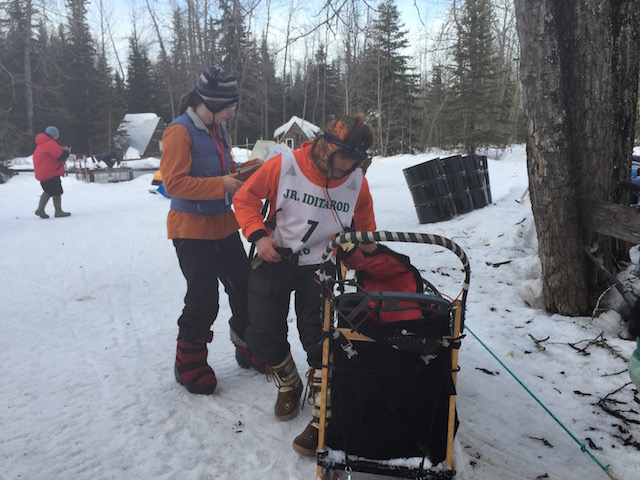 Watching the teams come in was a thrill, and I was amazed at the confidence each musher showed as they came up the Yentna hill to the station checkpoint.  The dogs looked happy with tails wagging as they were led into the woods to start their 10 hour differential wait.

The wait began for all of us until Kevin Harper would be the first to leave, close to 4:00 a.m.  Dan Gabryszak and Barb Redington helped prepare dinner for us, and I ventured out into the woods with Emily Kroll, race judge, to check on the Jr. mushers.  They are required to do all the work for their dogs themselves and even start a bonfire for their group.  They are not allowed inside the Yentna Roadhouse, which gives them the opportunity to think for themselves and challenges them in a very special way as a whole group. 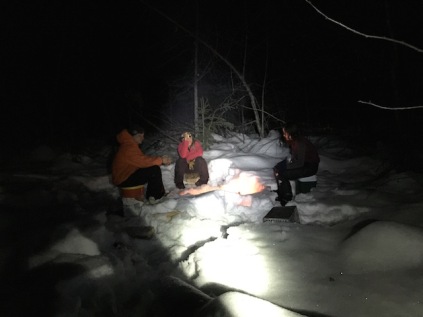 Meanwhile, the Yentna Roadhouse was busy with excitement for the long night ahead.  We swapped stories from the trail, ate our wonderful meal together, and then Dan brought out the guitar and played some tunes for us, until it was time for the mushers to head out early  the next morning…in total darkness. 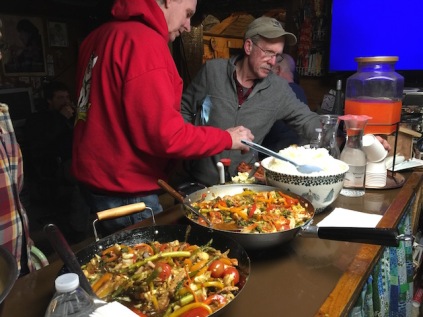 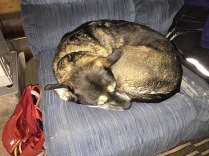 We all awoke around 3:45 a.m., put on our gear, and walked out to the frozen lake to watch the Jr. mushers head out.  Danny Seavey and Emily Kroll helped the mushers navigate out of the woods, with nothing but headlamps.  It was magic!

We packed up and flew out at first light with the Iditarod Air Force to the Willow finish line, making it with just a few minutes to spare as Kevin Harper took his second win as Jr. Iditarod champion.

It was a wonderful experience to see these young people show such integrity and independence with this 150 mile challenge.  The Jr. mushers and their dogs were truly a team.  It was great fun to see their family and friends at the finish line.  Even a few 2016 Iditarod mushers stopped by to cheer them on. This was a remarkable once in a lifetime experience…and it is just the beginning! 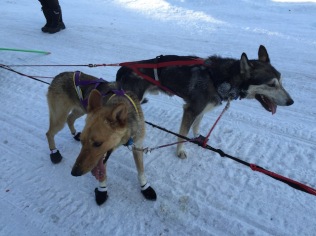 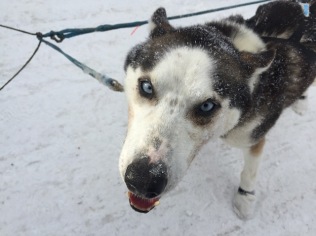 Follow my journey this year as 2016 Iditarod Teacher on the Trail™. We have partnered with Skype as a virtual field trip experience, and I will be sending recorded video messages daily along the trail to classrooms around the world.  Sign up for a free Skype account first, and then join the “Iditarod Classroom Club” to follow along.  Remember, you must have a Skype account first, or you only be in my club for 24 hours as a guest!  Click the link below:

Want to know more about other 2016 Iditarod mushers and their teams?  The name says it all.  The ULTIMATE INSIDER

gives a school access to everything!  All of the benefits of the INSIDER VIDEO combined with the ability to “Track the Pack” with the GPS INSIDER!  Access to all of the commercial-free video.  Spotlight up to 5 of your favorite mushers and receive email alerts when they enter and leave a checkpoint.