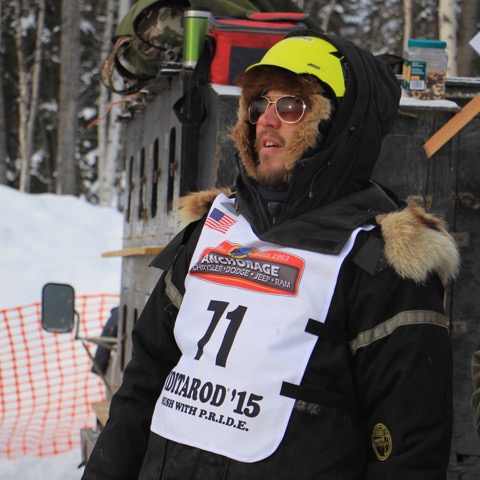 The definition of integrity is the quality of being honest and having strong moral principles. Brent Sass displayed true integrity last night when interviewed about his recent disqualification from Iditarod 43. In case you missed the news, Brent Sass was disqualified last night from the race for possessing a device capable of two-way communication. According to rule 35, no two-way communication devices shall be used or carried unless provided by the Iditarod Trail Committee. Such a violation is disqualification from the race.

Race Marshal, Mark Nordman, notified Brent last night in Tanana of his disqualification. Brent made no argument and was obviously upset with himself. In an interview with Iditarod Insider he explained he had no intention of using his iPod touch for anything other than listening to music and watching movies. With tears in his eyes he talked about letting his dogs down. A true sportsman, he took responsibility for his mistake and displayed class when encountered by race officials and media.

Throughout the night I read many social media comments bashing the ITC for their decision to disqualify Brent. As a teacher, I am very proud of their decision to adhere to the rules. Many people commented, “why not give him a penalty, check his history in his iPod, what about the other people who have those devices?” The fact of the matter is, he broke a rule that was made clear in many musher meetings. There quite possibly could be many other mushers with this same device out on the trail, but Brent got caught. It’s a bummer for Brent, but no one should be exempt from the rules. I completely believe he was not going to use the device in any other way then listening to his favorite music and watch movies, however, the minute you overlook one rule, a chain reaction of overlooking rules can happen. Then, what is the point of having rules at all?

What a great learning opportunity and discussion topic for classrooms.

How would you have reacted if you were Brent? I have seen many athletes react in negative ways when faced with violations, Brent did the opposite. He owned up to his mistake and let his fans know he made a mistake with no intention of cheating. An excellent display of integrity.

Here is a very tough scenario; you are a musher standing close by as Brent is disqualified and you are carrying and using the same device, what would you do? The honorable thing to do, obviously, would be to turn yourself in, thus, disqualifying yourself. Maybe you ditch your iPod immediately. Perhaps you do absolutely, nothing. Would you be able to face your fans or even Brent with your decision? This is a tremendous test of your integrity.

As I read the many comments people are flooding ITC with, I am saddened by the lack of integrity I see in some race fans, the opposite of Brent Sass’ and the opposite of what he would like to see from his fans. It’s OK to feel upset and angry with decisions, but we all must respect the rules and outcomes. Brent Sass broke a rule, but his reaction makes him an excellent ambassador to the sport and a great role model for young kids. 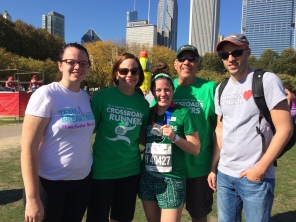